We are fans of the good folk over at the London Institute of Contemporary Christianity. Founded by John Stott and friends, they have been working to help “Christians on the frontline to develop the wisdom and practices that can help us all live fruitfully for Christ in a complex and rapidly changing world.” We would like you to know about them and their resources. From Covetous Old Sinner to Whole-Life Disciple, Reposted with permission.

‘Oh! But he was a tight-fisted hand at the grindstone, Scrooge. A squeezing, wrenching, grasping, scraping, clutching, covetous, old sinner!’

If you can read those lines without hearing Gonzo the Great’s voice in your head, you’re more literary than I. Muppet or not, you’ve got to hand it to old Charlie Dickens – he really could write a sentence.

The funny thing, though, is that so could lots of people. In Victorian Britain, morality tales like A Christmas Carol were a penny a dozen, sometimes literally. The market was flooded with weepy ne’er-do-wells teaching folk the error of their ways. And how many of these good, Christian stories do you know today? That’s right: none.

There’s no denying A Christmas Carol is a particularly good example of the genre. Even after a lifetime of watching and reading it, Dickens’ easy flourishes still dazzle me. But that doesn’t really explain why it’s the only Christian morality tale to resonate with vast swathes of post-Christian Britain. It’s like finding a Gregorian chant in the Top 10. How?

By way of an answer, here’s another Gonzo/Dickens chestnut:

Scrooge, miser of misers, extortionist and moneylender, is redeemed. He’s transformed and transforms the lives of others. But he keeps his job. He keeps his position. He keeps his connections.

In other words, he makes a difference through his work, friendships, and status, not in spite of them. He doesn’t give it all up and become a preacher. He becomes a good friend, a good master, and a good man, right where he is.

You could read this as a cynical loophole left for Dickens’ affluent readers. But in Scrooge we hear echoes of that other transformed financier: Zacchaeus (Luke 19:1-10). When Jesus moved his heart, he vowed to give away half his possessions and, if he’d cheated anyone, repay them four times over. But he didn’t pack in his job. He recognised he could do God’s work even as a tax collector.

That’s why Scrooge’s tale continues to resonate. Because, like him, we were created to join in God’s purposes in the rich variety of life, in work and productivity as well as in quiet prayer. It’s what we yearn for, whether we profess faith or not.

Wherever you find yourself this year, may you know you’re working with the King. 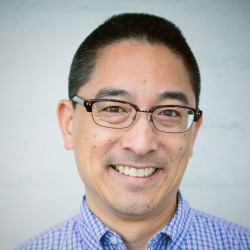